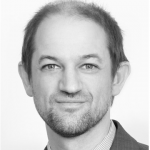 As the line between our real and digital lives becomes more blurred, making a video Will – rather than the traditional legal paperwork – might seem like the best way to go.

But as a recent Australian judgment shows, it can leave your family with major delays, costs and difficulty, and ultimately a Court may fail to accept it as a valid Will.

When Peter Anthony Pitman died in 2016 he left no formally valid Will.  After he died, his daughter found four video files on a hard drive attached to his computer.  It seems they had been made in 2011, five years before Mr Pitman passed away.  In the videos, Mr Pitman said his body was “getting close to its use by date” and talked about his preferred medical treatment.  He also said how he wanted many of his assets distributed after his death.

After finding the video files, Mr Pitman’s widow and his daughter applied together to the Western Australia Supreme Court to have one of the recordings proved as his last Will.

This is not the first time an application has been made in Australia to recognise a Will in an electronic format.  Cases have dealt with a computer file, a smartphone recording of a paper Will, the contents of an iPhone Notes app, and even an unsent text message – with varying results.  In 2015, Rosemary Caruso from Tindall Gask Bentley had a DVD Will recognised in the South Australian Supreme Court.  While some Australian applications have been successful, others have not.

As the law now stands, a Will must be in writing.  If it is in another format it can still be accepted by the Court, but only as an ‘informal’ Will.  This process will always mean increased costs, delays and difficulty.  A key question will be whether the person intended the ‘document’ to constitute their last Will.

In Mr Pitman’s case, the original video recording could not be located and the copy filed with the Court had very poor sound and image quality.  The applicants also acknowledged that the video and audio were out of sync, which the Court said was “a massive understatement” – the degree of synchronisation was at times mismatched by a number of seconds, and changed throughout the recording.  While a transcript was provided, the Court was not satisfied that it was complete and accurate.

The applicants had to engage the services of an expert technician, however the quality of the recordings could not be improved.  The technician also provided the Court with an interpretation of the metadata, to give an indication of the likely date and time the recordings were made.

In this case, ultimately the Court did not accept the video recording was intended to contain Mr Pitman’s last Will.

The recording lacks the clear structure of a professionally drafted Will.  Even if it was accepted by the court, implementation would have been difficult due to the vague language used.  The recordings also miss one of the essential elements of a Will: appointing an executor.

Importantly, it seemed to the Court more like “a practice run or an exercise in contemplation”.  There are no final words of approval; instead, the end of the recording simply cuts out abruptly.  After they were made Mr Pitman never told any family members about the recordings or provided copies, despite having that opportunity in the following years when he and his wife discussed making their Wills.  All of these considerations meant the Court was not convinced that Mr Pitman intended the recording to constitute his last Will.

If you haven’t made a Will, or need to update it, don’t leave things to chance. A video Will could leave your family with the burden of unnecessary legal costs. It’s not worth ruining your legacy over something so easily avoidable.

Having a valid, written Will is the safest approach, and Tindall Gask Bentley Lawyers can help.

You can start your Will online here or register your details here and one of our team will contact you shortly.

Pop-icon ‘Prince’ Died Without a Will. What Happens to His Estate?

What happens when a pop-icon dies without a Will? TGB's Fiona Fagan answers this question and other more common questions related to intestacy (dying without a valid Will).

As the line between our real and digital lives becomes more blurred, making a video Will - rather than the traditional legal paperwork - might seem like the best way to go. But as a recent Australian...