Get in touch with Morry

Morry Bailes was Tindall Gask Bentley’s managing partner for 18 years until he retired from that position on 30 June 2020.

Morry continues to provide services to TGB as a senior business advisor and lawyer. He has been and remains a forward-thinking business strategist, and retains a passion for practising the law that he has held since the start of his career.

His rapport with Associations representing particular workplace groups has seen him establish a specialty practice. He has served as Principal Advisor to such organisations as the Police Association, Correctional Officers’ Legal Fund, and the South Australian State School Leaders Association, advocating for members in criminal and disciplinary matters. He has also advised associations on their own constitutional and business affairs.

In workplace matters, Morry is renowned for his balanced view of the world, a quality which has prompted both employees and employers to seek out his knowledge.

As then Managing Partner, he oversaw the firm’s significant expansion, which now takes in 13 offices across SA, WA and the NT. He has also set a different kind of legal precedent – construction of an innovative building at 76 Light Square with high environmental ratings – to serve as TGB’s home.

He was the recipient of the Law Society’s Brian Withers’ Award for service to the South Australian legal profession in 2013, and he was made a Member of the Order of Australia in the Queen’s Honours List in 2020. 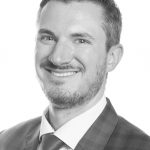 Justice and the presumption of innocence

What is common in these cases is that often the facts don’t add up and there is an over reliance on expert forensic evidence.

In our enthusiasm to get back in the air or on the road, many travellers have not turned their minds to the altered reality of travel insurance, even if you have a current and valid policy. What you once had in travel insurance you may no longer, particularly when it comes to COVID.