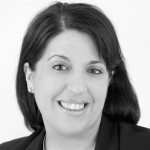 If a couple was married overseas what does that mean for their marriage, and divorce, in Australia? A blog by TGB divorce lawyer Dina Paspaliaris.

If a couple was married overseas what does that mean for their marriage, and divorce, in Australia? A blog by Adelaide divorce lawyer Dina Paspaliaris.

Many migrants were married in their home country or overseas before arriving in Australia. When are these marriages recognised as valid under Australian Law, and can these couples divorce in Australia?

Under the Marriages Act 1961 in order for a marriage to be valid in Australia it must be:

2. Recognised as valid under Australian Law if the marriage had taken place in Australia.

In Australia, there is no requirement for an overseas marriage to be registered in Australia.  Therefore, a foreign marriage certificate is evidence in Australia of the validity of the marriage.

The exceptions to foreign marriages being recognised as valid in Australia are:

1. Where the parties to the marriage are both of the same sex;

2. Where one of the parties is already married to someone else;

5. If the consent of one of the parties was not real consent (due to fraud, duress, mistaken identity or mental incapacity).

If a foreign marriage is recognised as valid and if parties are to separate they can apply for a divorce within Australia.

A party can apply for a divorce if they:

1. Regard Australia as their home and intend to live in Australia indefinitely;

2. Are an Australian citizen by birth, descent or grant of citizenship;

3. Ordinarily live in Australia and have done so for the 12 months immediately before filing for divorce.

And parties must satisfy the Court that they have lived separately and apart for 12 months and there has been an irretrievable breakdown of the marriage, with no reasonable likelihood of reconciliation.