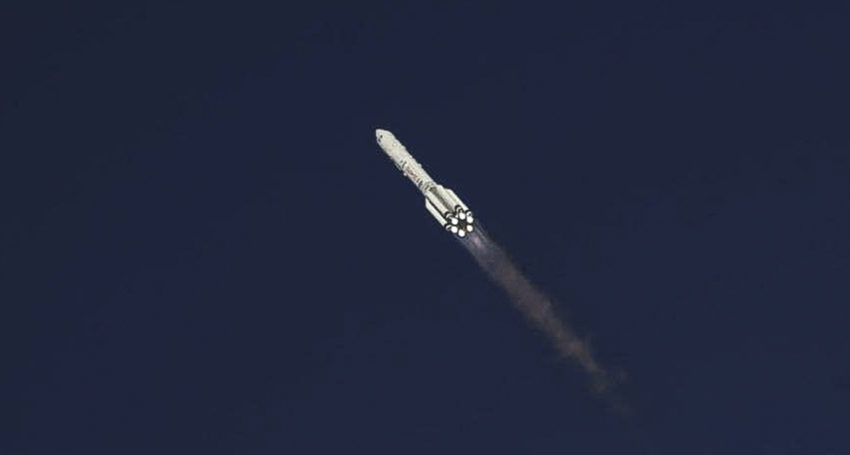 Nations and billionaires are reaching for the stars and a legal framework is needed for the future of a crowded new frontier, argues Morry Bailes.

The last couple of months have put outer space squarely on the table of international relations.

It is not unlike the era of colonisation, when privateers and states worked together for money and dominion. In quick succession some of the globe’s richest entrepreneurs have symbolically climbed aboard their rockets to launch their endeavours beyond our atmosphere and into the beyond.

Many states have also been ratcheting up their space industries including the U.S, China, Russia, Japan, the U.K., India and other European players. There is much at stake, so what are the rules of engagement, and will space contribute to tension between China and the West?

Given South Australia’s unique position in the space industry in Australia as host of the Australian Space Agency, and a rapidly growing space industry on our doorstep, it is important that we appreciate the challenges and opportunities that accompany this next great human play for the stars.

Space is already a complex melting pot of different interests with state and private actors engaged in the pursuit of power and money.

Nothing seems more certain than that we shall not be confined to our world, and although our stumbling attempts early in the twenty first century may in future times be seen as baby steps, one has a palpable sense of what this industry may become. Equally the fertility of the area to contribute to international instability and uncertainty means the law has an integral role to play both domestically and internationally. And countries who adhere to the rule of law and a rules based international system will need to guard against those who don’t.

The current space industry is not only divided between private interests and state players, it is divided between the continuing development of satellites, global positioning and weather technology and the like, and the future prospect of space mining, in particular on asteroids and the Moon. The use for satellites is itself divided between civilian and military applications. Space is already a complex melting pot of different interests with state and private actors engaged in the pursuit of power and money.

When a recent news article that suggested Gates, Bezos, Musk and Co. were in this for their egos, it overlooked what in particular draws the ultra-rich to outer space; wealth. To control and influence satellite communications and activity is critical given the way in which our current defence and civilian lives are reliant on technology. Second, the lure of minerals means the imperative for cheaper and re-useable rockets is at the forefront of the corporate minds at Astra, Blue Origin and SpaceX. To travel to the Moon and back most economically with a load of ore, just as the maritime spice traders of the past, is a must.

At the same time it would be naive to expect the conduct of states like China and Russia in space to be anything other than a reflection of their earthly conduct. Thus it was little surprise to learn from an article recently published in The Times that British strategic chief of space, cyber and intelligence General Sir Patrick Sanders and head of the RAF Air Chief Marshal Sir Mark Wigston advised Britons and the West that Russia has both been manoeuvring their satellites to inconvenience and displace the position of British satellites but also spying in space, and that China has been developing weapons to put satellites out of action in a variety of ways. Given how reliant our weapons systems are on satellite technology those actions could be interpreted as consistent with China’s current passive aggressive disposition.

So what are the rules and what role does the law play? Signed in 1967 the U.N. Outer Space Treaty is an important agreement to which all the major players are signatories. Its long title is the Treaty on Principles Governing the Activities of States in the Exploration and Use of Outer Space, including the Moon and Other Celestial Bodies. It followed earlier agreements developed by the U.N. to assist regulating the first rocket age. It provides for a prohibition on the use of nuclear weapons and weapons of mass destruction in space, establishes principles around the freedom to explore space, broadly in line with the law of the sea, asserts that space exploration should be peaceful and for the benefit of the whole of humanity, and provides that states will be responsible for private players and for cleaning up space junk.

In many ways the treaty was farsighted and contained laudable goals; however, it was drawn up in the nuclear age against the backdrop of a Soviet Cold War and did not and could not envisage the sophistication of today’s weaponry. It is now possible to take out a satellite today with laser-dazzle. No call for nukes. They might best be described as weapons of pinpoint interruption. It also may not have anticipated just how crowded near space will become. Already we have over 6500 satellites in orbit, with Musk’s SpaceX launching its Starlink satellites at a rate of 300 a month. It is not hard to imagine how future misunderstandings may arise and why circumstances may take a turn for the worse.

Since the Outer Space Treaty there have been other treaties signed leading to a new body of public international law and an intriguing jurisprudence only in its infancy. Many questions remain unanswered however, in particular the interpretation of who in outer space might own what, and where?

We are also in a race. Whilst space like the sea is free to navigate, its celestial bodies may be mined – and no doubt will be. Who will own resources in mineral-rich asteroids and on the Moon? Future international treaties will need to be up to the task, and domestic laws such as Australia’s Space (Launches and Returns) Act will play an important part in sewing together international and national frameworks to ensure peaceful use, peaceful exploration and peaceful exploitation of the resources of space. On the latter point, it is hoped, if space minerals come into play, that the resources of our own planet will become less needed thus conserving what we now have.

Owing to the acceleration in the exploration of space and rapid development of technology, the law has a particular challenge to merely keep up. Quickly evolving technology has a characteristic of often leaving law reform in its wake. Space is now mainstream. It is also small. Nano satellites and nano tech mean it is accessible to far more nations and individuals. Space is now egalitarian in a way never before imagined. That is also a challenge to law because we are legislating for the rights and obligations of the many, not as in years gone, for the few.

Whilst we may at first imagine the big challenges to law, there will also be the mundane. Who is liable if my satellite totals yours, or vice versa? What of the increasingly likely industry of space tourism? Who will be liable for what, and in what jurisdiction? In short, do all the rules of earth necessarily translate and apply in space? The unpredictability of space expansion makes for difficulty in conceptualising what law may be needed when to an extent we are launching into the unknown.

Finally, as belligerent cyber powers such as China, Russia and Iran up the ante on their cyber intrusion in this country and others, law will also have an important role to play federally and at a state level in regulating and strengthening our response as a nation to cyber threat. Even now the Department of Home Affairs is working toward necessary regulation to assist business protect itself. We all need to be on the same page with this one or our state and private commercial secrets will be exploited by unfriendly cyber attack. As the Australian Space Agency is in our own capital city, the game is now and it is real. Decent cyber hygiene is an imperative for business, no more so if you have any exposure to the highly competitive space industry.

Space is a frontier only now opening up to us in a way never seen before. Whereas we lauded the moon landings of the 1960s, we now marvel as our billionaires take to space in company-owned rockets. Its daily application from our humble GPS guidance systems to the militarisation of space means we are not merely on the brink, but fully reliant on space tech.

Law will be an essential ingredient as we navigate the complexities of private and public interests in what might just be the greatest race of them all.

Nations and billionaires are reaching for the stars and a legal framework is needed for the future of a crowded new frontier, argues Morry Bailes. The last couple of months have put outer space squarely...

Nations and billionaires are reaching for the stars and a legal framework is needed for the future of a crowded new frontier, argues Morry Bailes. The last couple of months have put outer space squarely...