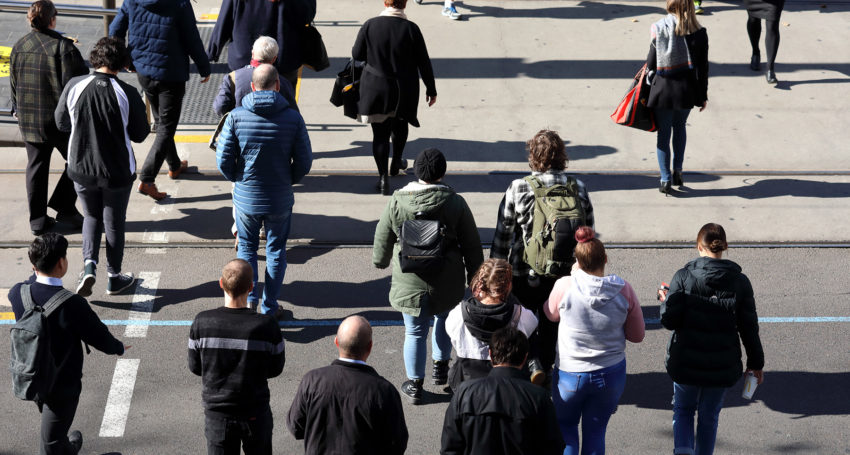 An anti-corruption inquiry into an Australian police force campaign for recruitment gender balance is a warning for managers to check how results are achieved, argues Morry Bailes.

Gender equality at all costs may be the catch cry of some in our community, but as the Queensland Police Service (QPS) recently discovered, it is never quite that simple.

Like other discoveries of corporate errors lately (think the big four banks) the findings also highlight yet again the fact that senior executives cannot merely content themselves with results, but must scratch the surface to ensure they understand how the results are being achieved. It is another clarion call to corporate Australia that relying on a purely results-driven culture is ultimately bound to come undone, often spectacularly.

The whole CCC inquiry started with a complaint that: “Queensland Police Service notify of [a senior QPS employee] who it is alleged has manipulated the recruitment strategy of the Queensland Police Service through dishonesty and discrimination, to favour female applicants over male applicants to favour a non-negotiable 50% female recruitment for every intake.”

The back story was a 2015 decision by the then Commissioner of Police in Queensland to create “aspirational” goals regarding gender equality in the ranks of Queensland Police, which according to the CCC’s summary was “at that time around 74% male and 26% female (with policing being a traditionally male-oriented occupation)”.

In a letter from the Commissioner of Police to QPS recruiters, he said: “I would ask you to immediately put in place strategies to select not less than 50% of females per intake. This should be implemented until reversed by me.” Notwithstanding the fairly unambiguous nature of the words, it was defended on the basis that it was not a directive but an aspirational “target”. Perhaps unsurprisingly, many of the recruiters interpreted the words as a directive; an order.

What flowed led to the complaint and an investigation on two fronts by the CCC. First, “the QPS’s use of discriminatory recruitment practices to achieve the 50 % gender equity target” and second, “the deceptive reporting practices used mainly by staff in the QPS Recruiting Section”.

The problem for QPS recruiters was how to reconcile the “aspiration” of the Commissioner of Police with it’s obligations under the Queensland Public Service Act which included the following principle, that an “appointment as a public service employee must be based on merit alone (the merit principle).”

The other piece of relevant legislation was the Anti-Discrimination Act which outlawed discrimination, including failing to offer employment, if that decision was made for reasons of gender. A motive, however noble, is not relevant to the statutory obligation to not discriminate.

The irony is that anti-discrimination legislation in this context was initially legislated to assist women. However as many suspected but could not prove, in order to achieve the 50/50 recruitment outcome, the QPS discriminated against men. It took the coercive powers of an anti-corruption commission to force the truth. Men who ought to have been evaluated purely on merit were not. The recruitment was tainted by the “aspiration” of the Commissioner to achieve gender equality in the ranks.

It raises an uncomfortable and potentially inflammatory consideration about the differences between men and women and their suitability, and more particularly, inclination, toward particular occupations. It is a conversation as to why men were both applying and being accepted to the QPS in greater numbers, when women were not. There are many explanations, but our inherent gender differences is one. To say so is like throwing a grenade in our current and often confusing gender debate, but it nevertheless is a seeming elephant in the room.

The Recruitment Section’s reply to the Commissioner’s letter shows that some were alive to the problem because amongst other things it said: “The requirement to deliver no less than 50% female applicants will, however, require an acceptance by the Service that some female recruits will meet only those minimum standards in respect to cognitive, physical and psychological standards.”  Further that that approach may represent “future organisational risk” and “may also lead to an increase in reviews by meritorious male applicants who have not been successful”. In short, what was recognised is that men, better equipped to policing, based on objective testing, were going to be refused employment.

In fact the outcome was inevitable when only 30% of applicants to the QPS were female. The merit test would inevitably mean, you would think, that recruitment would run at roughly 70/30, meaning the problem was not the recruiting it was at the applicant level. As one witness said, “it failed a ‘grade 4 maths test” to think 50% could be achieved without some form of discrimination.’

How many times have we encountered this in corporate life? How are we to appoint women to positions when there are either low or no female applicants? The answer has been to use concepts provided for in the Commonwealth Sex Discrimination Act to engage in what is euphemistically called “special measures”, or in some instances to use quotas.

However those means do not necessarily overcome a lack of participation at the point of application, and will if the ratio of applicants is weighted in favour of men, risk discriminatory decisions against the interests of men. Those in favour of quotas are as much as saying that men can be discriminated against and we all have to live with that until the ship is righted.

The findings of the Queensland CCC in this matter, to extend the metaphor, have put a shot across the bow of that type of potentially discriminatory thinking.

The QPS compounded their problem by failing to take legal advice about practices that on any rational analysis would lead to a conclusion that its actions were in fact and in law discriminatory. At one point during the recruitment drive for women, 160 positions needed to be filled but available to recruiters were only 163 women. In short what resulted were women who only met minimum scores on their physical and cognitive tests, and who scored less favourably on psychological tests than their male equivalents being recruited ahead of more meritorious men, and in some instances recruited before they were even psychologically tested.

As the 50/50 recruitment programme progressed, things became a lot worse.

The indisputable gender discrimination was compounded by racial discrimination. By the time 2017 came around Caucasian men were being actively screened out to meet indigenous and CALD (culturally and linguistically diverse) goals.

Discriminatory gender decisions continued with seven female applicants who had actually failed physical, cognitive and psychological tests recruited ahead of men who had passed the same tests. The gender equal workplace was now so important that all stops had been pulled out in an orchestrated campaign to actively discriminate against men.

The “target” of 50/50 recruitment had become all consuming, even when for two months in 2017 there were no female applicants at all. Rather than concede at that point, the reverse resulted, with female applicants who hadn’t even done the physical and cognitive testing having their names on the intake list. The die was so far cast that consideration was given to abandoning psychological testing in order to save meritorious male applicants the time and effort as they were never going to be selected anyway.

Little wonder the issue described as the most concerning by the CCC was that “through inadequate research and advice and poor implementation the QPS allowed the unsuitable to become the acceptable and ignored the potential risks to the QPS, potential police recruits and the community at large.” Talk about corporate aspiration gone horribly wrong.

Lessons for directors, senior executive managers, HR managers and recruiters include the fact that when the target was in fact met, QPS ‘big wigs’ just celebrated the 50/50 recruitment numbers without, they say, giving a thought about how the miracle was achieved. The most superficial analysis would have revealed that it was blatant discrimination.

Once the discriminatory practices were unwound and the Public Service Act’s merit based principles returned, recruitment of women to QPS from January to June 2020 was 16%. During the period of active discrimination against men, some 2000 male applicants were found to have been discriminated against.

It is plain that there are wider implications here. Championing change for the sake of gender equality can never be at the expense of merit. To do other than employ on the basis of merit is potentially discrimination and unlawful. That includes, as was the case with the QPS, racial discrimination against white men in an attempt to favour indigenous and CALD applicants.

Further, a board director or member of senior executive management who sets gender or race “targets” better make sure how those targets are ultimately achieved, or they may be booking themselves an audience with either the ICAC or an Anti-Discrimination Commissioner.

Moreover and stating the obvious, from here on the use of a quota system ought to raise a very big red flag. Quota promoters beware.

Many would say the CCC findings were not a surprise and may be the bell ringer for fairer recruiting. It may also be a reminder that some occupations which are dominated by either men or women may not need to achieve gender equality after all because men and women are different and are sometimes attracted to different occupations.

Most importantly for reasons of fairness, equity, law and good governance, merit is the only test that we need have regard to, so long as that is objectively assessed and is not a veil for outlawed discriminatory practices.

An anti-corruption inquiry into an Australian police force campaign for recruitment gender balance is a warning for managers to check how results are achieved, argues Morry Bailes. Gender equality...