The studies and statistics of the effect of menopause on women in the workplace is the obvious starting point. In 2020 the Harvard Business Review published findings of the American Society of Endocrinology that disclosed that a quarter of women will experience serious symptoms. 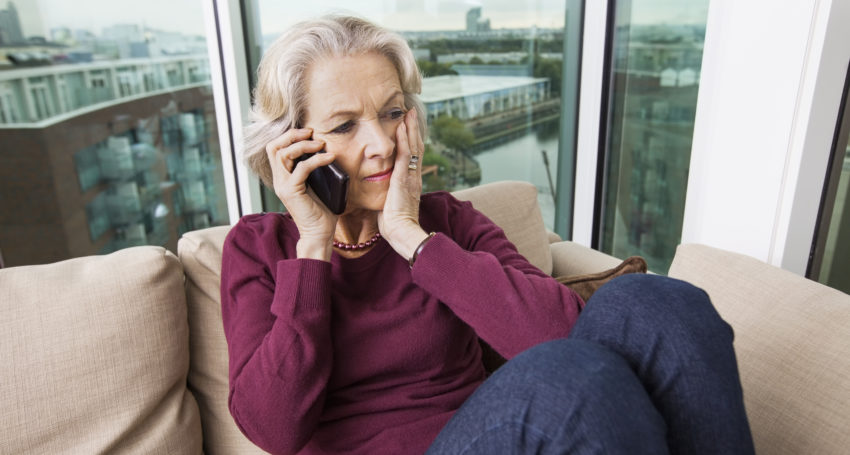 Employers must recognise menopause and the personal, productivity and legal issues it can raise for older, senior female staff and their workplaces, writes Morry Bailes.

It’s time to talk about menopause in the workplace

A new frontier has opened in workplace management and workplace law, and that is the work conditions offered to and experienced by menopausal women.

In a sense it is surprising that this subject hasn’t until recently arisen in work place consciousness. You might think it reasonable to say that a career is less a sprint than a marathon. It will encompass many stages in a persons life and a wise employer will size up how to retain good people irrespective of what stage of life they are at.

But a number of circumstances have conspired to varnish over what is in retrospect a fairly glaring issue confronting half of the workforce. Why has it been ignored?

First, menopause has been an awkward issue for women in the workforce to raise. In fact it has been largely taboo, but as we have become more open as a society, we too are more inclined to be honest about what we experience as part of the usual human condition.

Secondly, there is a dawning realisation that failing to address what many in the workforce will or are experiencing is costing industry in productivity and longevity of the female workforce. Lastly, the law has begun to intervene to uphold rights when women have  been inappropriately and unlawfully treated in the workplace purely because they have experienced the effects that menopause can cause in the lives of some women. These cases  have been litigated more in the U.K. than Australia but the result is burgeoning jurisprudence that will unquestionably influence Australian law as well.

The studies and statistics of the effect of menopause on women in the workplace is the obvious starting point. In 2020 the Harvard Business Review published findings of the American Society of Endocrinology that disclosed that a quarter of women will experience serious symptoms.

Menopause is not and should not be treated as an illness. It is the natural progression of the changing of women’s reproductive systems with age, just as all of us will eventually suffer the effects of growing older, some more dramatically than others. The onset is between 45 and 55 years and on average occurs at 51, just as many women are reaching the peak of their careers. And this is the part that will make industry sit up and listen.

Experiencing symptoms ranging from depression to sleep deprivation and cognitive impairment, many women simply choose not to tackle more senior roles nor seek promotion, elect to take a break away from work or resort to outright resignation, according to CPA Australia who published on the subject late last year. Given the movement and displacement of the workforce caused by ‘the great resignation’ it is not necessarily the sort of thing employers and business want to hear.

If it seems odd that as a male I should be writing on this subject, I see it through both the lens of business and law, and as an issue about to challenge both of those areas.

Ageism in the workplace, whilst unlawful in Australia if it results in discrimination, nevertheless exists in the workplace. Until recently and until it was found to be unlawful, many large accounting firms in essence compelled the retirement of capital partners from the firm. Thus some employers will consider the difficulties faced by menopausal women as a reason to turf them from the workplace. In the U.K. an employer after ‘a relatively small argument’ with a 52-year-old female employee audibly remarked that ‘she must be in her menopause’, and sacked her a month later for allegedly being ‘rude’ and ‘confrontational’. A Workplace Tribunal ordered him to compensate her £20,000.

The problem in the workplace has been a failure to recognise the nature of some of these symptoms and a corresponding failure to conduct workplace relations in exactly the same way that one would if an employee faced any other difficulty, which we all experience on occasion, and provide some understanding and support. Employers will be legally liable if they make what amounts to age or gender-based discrimination or make decisions to terminate without proper process or reason. Workplace tribunals in the UK have experienced a quintupling of cases in the last four years brought on the basis of alleged unlawful treatment of employees due to menopause.

It is not much of a jump to now confidently predict that businesses in Australia in the future will likely need formal policies to permit menopausal women to continue to work and contribute to the workplace without suffering prejudicial  treatment, in order to keep them in the workplace and counter the increasing risk of legal claims.

Major employers in the U.K including the supermarket giant Tesco, PwC, HarperCollins Santander and Bupa have within the last 12 months announced the introduction of menopause-friendly policies and support. There is a four-pronged reasoning behind their decisions: it makes them an employer of choice, it resonates with women in particular but with the public generally, it lessens the risk of claims and litigation which in turn damages business reputation, and it can provide a productivity lift to organisations that are presently focusing on staff retention.

Policies may include considerations of granting paid menopause leave, much like parental leave has become the norm. Whilst seemingly novel in Australia, there are some unexpected early adopters of menopausal leave, including Japan and Indonesia in the 1940s and Zambia later in the 1990s. The modern leader seems to be the UK, with US employers also examining the issue. The argument, which does not lack persuasion, is that as menopause is not an illness, why should one be obliged to take sick leave? Ought there to be another category of leave aimed at those who feel debilitated?

However it need not only be about leave, but a recognition within the workplace that women impacted can experience – in one woman’s words – ‘brain fog’, that simply needs understanding from their work colleagues in the same way that we all seek understanding from others from time to time when life throws us a ‘curve ball’.

There is an argument by those opposed to such policies and such an approach, that adoption of them will harm the cause of gender equality. I will let others judge that assertion. However, if on a qualitative assessment employers discover that it is a net positive for the bottom line, I have little doubt we will see industry move in this direction. That and the spectre of unwanted claims and litigation. It is a classic carrot and stick scenario.

It is easy to be cynical about such initiatives, particularly if it perceived to be only to avoid the courts of law, although it is unlikely that that will be the only motivation. Unlike catering to small minorities as some perceive sometimes governments and corporations do on occasion in excess, half the workforce are women and it seems to follow that there will be a groundswell of support to keep the percentage of those women who may struggle for a time in the workforce and commercially productive, by women themselves. An attitude that if it hasn’t happened to me yet, there is a certainty that it will so a bit of future proofing is not a bad idea. Is that all self interest? Not so, if the economic case can be made out, as CPA Australia alluded to in its industry publication last October.

There will also be industry and competitive pressure: where one employer in a sector has gone others will follow, perhaps out of a sense of obligation. The Australian superannuation industry is an early mover, so watch that space.

When paid parental leave raised its head as a workplace consideration a generation ago, a great many of the same considerations and arguments contemplated then apply to the menopause discussion now. That it makes good economic business sense and, further that, appealing and accomodating workplace policies will assist in attracting and retaining talent. Such workplace policies not only avoid running foul of the law but can be designed to reward loyalty by being granted to employees who choose to stay at an organisation over a certain length of time. An accrued entitlement if you like.

This show has not quite come yet to the heart of corporate Australia – but it will. As the curtains are drawn on a new set of workplace considerations the law will play a role, but in this case it will be less motivator as facilitator. Primary to Australian business will be the question of staff retention, competitiveness and productivity. There will also be a sense of doing the right thing as the challenges of menopausal women are finally broached within the workplace and properly understood.

Corporate Australia knows now is not the right time to be losing yet more staff, or not getting the best out of its people. This challenge is plainly one that is out of the bag and on the table. It is over to industry leaders to point the way.

Employers must recognise menopause and the personal, productivity and legal issues it can raise for older, senior female staff and their workplaces, writes Morry Bailes. https://indaily.com.au/opinion/2022/04/14/its-time-to-talk-about-menopause-in-the-workplace/ A...