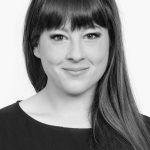 How can a pre-existing  brain tumour lead to a ‘work injury’ and have compensation paid? It seems unlikely – impossible even – however in a bizarre turn of events in a remote drilling work site in the middle of Moomba in South Australia,  TGB was able to secure compensation for an affected worker faced with a tragic set of circumstances.

In the recent case decision of Wyszecki v Return to Work SA [2019] SAET 115 (13 June 2019) TGB successfully argued that the employer’s failure to adequately treat and care for the worker after he suffered ‘stroke like symptoms’ at work, which was incorrectly treated as ‘heat stress’  ultimately caused him to have a second stroke weeks later. This second stroke proved devastating as it resulted in complete left sided paralysis – and it could have all been avoided if the worker was allowed to go home ‘off site’ for medical attention and treatment when he had started feeling unwell just weeks earlier.

The facts and circumstances of the case are tragic – but the outcome of the case is a triumph. TGB  were successful in having compensation paid to a young man who is now unable to work as a result of an ‘injury’ that could have been prevented if his employer had arranged the proper and due care/medical attention when he fell sick at work.

Mr Wyszecki was in his early thirties. A fit and healthy man working hard as a Fly-In/Fly-Out Rigger in Moomba. He was at work in isolated Moomba when the symptoms of his underlying (and unknown at the time) brain tumour first surfaced.

It was a hot day and evening – but that was usual in Moomba. All of a sudden whilst working his shift he felt faint and collapsed. He tried to use the water tap to fill his drink bottle but his left hand wouldn’t work properly. His left arm started spasming beyond his control. It was at that moment that he knew something was terribly wrong. When he woke up after fainting, he was treated for ‘heat stress’ but his instincts told him it was more than this. He pushed to be flown home early so he could get checked out by a doctor, but his employer told him to get on with it – a paramedic had diagnosed heat stress after all. Over the next week or so he felt okay, and also somewhat embarrassed for being the ‘sick guy’ at work, so he chose not to follow his gut instincts. “If the paramedic says I am fine, I must be fine,” he told himself…

When he did fly home, he didn’t see a doctor for that very reason, pushed it out of his mind and enjoyed his two weeks off.

It was day one of his next stint in Moomba when it happened, and essentially when his life changed forever. Mr Wyszecki had flown in early, had a light lunch and decided to have a lie down before starting his usual ‘night shift’. He awoke suddenly and was unable to feel his left side, felt violently ill and suddenly  everything went black. When he came to, he was recovering from brain surgery at the Royal Adelaide Hospital. A malignant melanoma had metastasised in his brain, liver, lungs and pancreas and he had suffered the effects of a major brain bleed.

Essentially, the Trial Judge held that if the paramedic had referred the worker for appropriate hospital treatment when he first presented with the sudden onset of worrying symptoms, and if his employer had allowed him to fly home to have medical investigations undertaken, it is likely the melanoma would have been detected and an appropriate treatment plan put into action. Because that didn’t occur, the worker experienced a major and significant brain bleed whilst back at work some two weeks later. This further bleed led to irreversible neurological deficits and left-sided paralysis for which TGB Lawyers successfully secured compensation payments for.

Matters such as these can be complex, daunting, and highly emotional and stressful, which is why it’s important to get independent legal advice.

TGB Lawyers are extremely experienced in workers compensation and medical negligence matters. If you need some assistance book your free first half-hour appointment today by calling the team on (08)82121077 or register your details here and we’ll get back to you quickly.

A Misconception About Compensation

People injured in motor vehicle accidents do not just receive an amount of money based purely on their injuries, writes Personal Injury lawyer Barney Gask.

I had a WorkCover Claim, How Am I Affected By the New Laws?