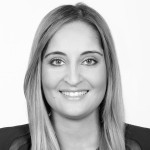 Toni Emanuele writes about how medical expenses are assessed for injured workers under the new Return to Work SA Scheme, enacted 1 July 2015.

TGB’s Toni Emanuele writes about how medical expenses are assessed for injured workers under the new Return to Work SA Scheme, enacted 1 July 2015.

On 1 July 2015 the WorkCover scheme in South Australia became the Return to Work SA scheme, this change has an impact on workers with pre-existing WorkCover claims. The Return to Work Act 2014 replaced the Workers Rehabilitation and Compensation Act 1986 and introduced a cap on weekly payments of income maintenance, unless workers are seriously injured, along with changes to permanent impairment lump sum entitlements. In addition, there are also changes to the entitlement to medical expenses.

Under the previous Act workers were entitled to be compensated for reasonable medical expenses and associated costs. Section 32 of the previous Act set out the requirement that workers needed to meet before expenses were paid. The costs were required to be of the kind that are described in Section 32(2) of the Act, they needed to be reasonably incurred by the worker and needed to be incurred as a consequence of their injury. The amount of costs also needed to be reasonable. The entitlement to reasonable medical expenses under the current Act continues through life irrespective of whether the weekly payments of income maintenance have stopped or if a worker has finalised their lump sum for permanent disability.

Section 33 of The Return to Work Act 2014 states that workers will be compensated for expenses that are “reasonably incurred”. Further, the provision of medical expenses will continue for 12 months after the worker’s weekly payments have stopped. This does not affect those workers who are considered to be seriously injured (those who have a 30% whole person impairment or more).

What happens to workers who might need surgery in the future, or have deferred their plans for surgery to a later date?

The new Act states that within 12 months of the worker’s weekly payments ceasing, if a worker needs or is recommended surgery, they will need to make an application with the compensating authority to have the surgery approved. If the surgery is approved the worker is also compensated by way of “supplementary income support” whilst recovering from surgery pursuant to Section 40 of the Act. The worker will receive income for incapacity following the surgery for up to 13 weeks.

South Australia’s new workers compensation scheme is certain to impact all injured workers. It is important that you seek legal advice on your own specific circumstances to ensure that you know how the new system will affect you.

For a free initial interview about your workers compensation issue, contact me at TGB’s Adelaide or Mt Barker offices or register for an appointment at your nearest office here.