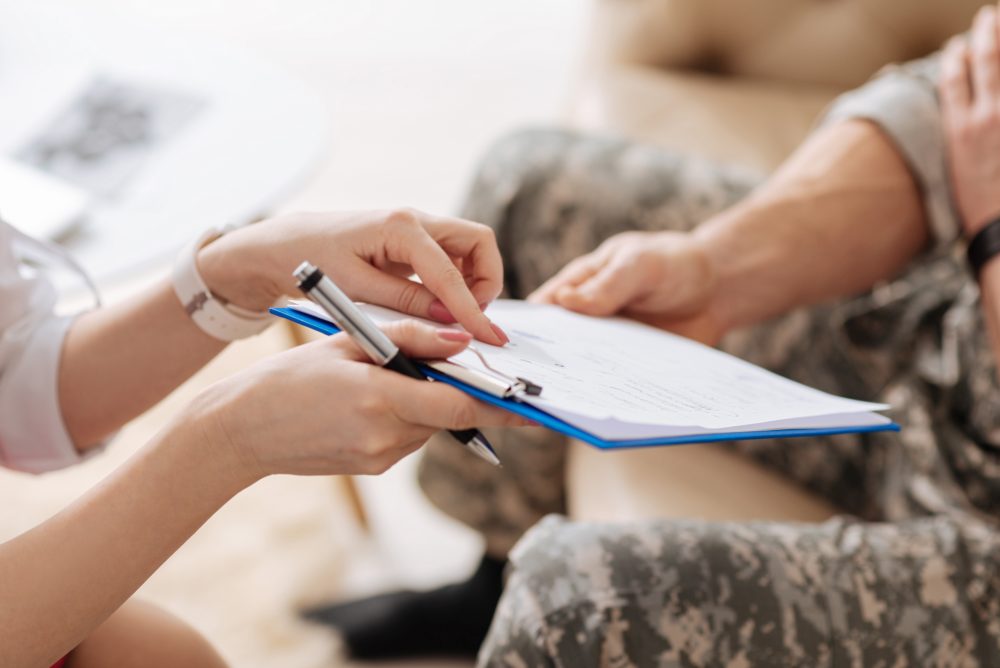 A Statement of Principle (SOP) is critical to determining if your military compensation claim will be accepted or not.

The applicable SOP sets the threshold you have to meet for your injury to be accepted as being military caused. There is often more than one SOP that could apply to your particular injury. Each SOP has different criteria that you have to meet. One SOP may have a higher threshold for you to meet compared with another SOP. So it is important to select the appropriate SOP for you as it will have a direct impact on whether your claim is accepted by the DVA or not.

We explain what an SOP is, how it works and why it is so important, helping illustrate its importance using an example.

What is a Statement of Principle?

A Statement of Principle is one of the first things you must consider when making a military compensation claim with the Department of Veterans Affairs (DVA). An SOP sets out the factors that must be fulfilled for an injury or disease to be determined as being caused by your military service. This makes it critical to any military compensation claim being made under the Military Rehabilitation and Compensation Act (MRCA) or the Veterans’ Entitlements Act (VEA).

The Repatriation Medical Authority (RMA) is responsible for establishing and updating SOPs for a range of medical conditions. As medical knowledge and evidence can evolve over time, so can SOPs. Because the terms of an SOP can change, it is useful to make sure the one you are considering is current and relevant at the time of making a claim. Basically, the SOP that applies to your claim is the one in existence at the time the claim is being considered.

The RMA’s website contains a lot of information relevant to military injuries. You can visit their web page specifically relating to SOPs here – http://www.rma.gov.au/sops/.

How does an SOP work?

If you cannot fulfill one or more of the relevant factors in the SOP your injury will be deemed to have not been caused by your military service and your claim will be rejected. Because of this, it is vital you understand your relevant SOP at the start of your claim process.

Are SOPs currently used by the DVA to assess my claim?

SOPs are a vital part of the military compensation claim process and determine whether an injury or disease has been caused by your military service. For current-serving members, or anyone that is claiming an injury to have occurred on or after July 2004, it is crucial you understand SOPs.

If you were the subject of abuse, you have until 30 June 2022 to make a claim otherwise you will be out of time and permanently precluded from receiving compensation.

Let’s say, as an example, that you sustain a lower back injury during your service in the military. This can be relatively common, and often the condition is lumbar spondylosis, which is a lower back disc injury.

If you have sustained a lower back injury during war-like or non war-like service, the current SOP relevant to lumbar spondylosis Number 62, created in 2014.

Paragraph 6 of this SOP lists a number of factors that you must fulfill. One of these is suffering a “trauma” to the lumbar spine, before the onset of lumbar spondylosis. A trauma includes “a discrete event involving the application of a significant physical force”.

Therefore, if you have suffered a trauma during your military service as defined in paragraph 6, and as a result have been diagnosed with lumbar spondylosis, then your condition should be accepted as being caused by your military duties.

If you cannot fulfil one of the factors set out in paragraph 6 of the lumbar spondylosis SOP, your claim will not be accepted. It really is that clear cut.

Could there be different SOPs depending on where my injury occurred?

Yes, there could be different SOPs that apply in this case. The relevant SOP depends on if your injury occurred in war-like or non war -like service, or if it occurred in Australia or overseas. The SOPs differ, to a degree, depending on where your injury occurred. In most cases, the SOP that applies to an injury sustained overseas is slightly more favourable than the comparable SOP for an injury sustained in Australia. Because of this, it is critical that you specify where your injury was sustained when making your military compensation claim.

It is clear that SOPs are one of the most important factors when considering making a military compensation claim. It is important that you obtain legal advice, and that, together with any medical evidence you have specific to the SOP, will increase your chances of your claim being accepted.

If you have already made a military compensation claim that was rejected, you should still seek legal advice as the incorrect SOP may have been applied, or it may have been interpreted incorrectly. It never hurts to seek further advice to ensure the correct decision has been made, as there are numerous legal issues that arise when applying an SOP.

Tim and his team advise Defence Force members and veterans across Australia on their entitlement to military compensation.

If you need help securing your entitlements, register online here and we’ll contact you, or get in touch with Tim on 1800 730 842 or via twhite@tgb.com.au.

A Statement of Principle (SOP) is critical to determining if your military compensation claim will be accepted or not. The applicable SOP sets the threshold you have to meet for your injury to be accepted...

A Statement of Principle (SOP) is critical to determining if your military compensation claim will be accepted or not. The applicable SOP sets the threshold you have to meet for your injury to be accepted...