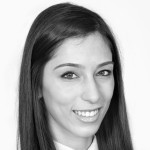 It is well known that cyclists have poorer visibility on our roads in comparison to motor vehicle drivers, and also that cyclists have less protection. As a result cyclists are more vulnerable on our roads and most likely suffer injuries of greater severity when they are involved in an accident. A recent example is the tragic story of the truck driver who collided with three cyclists, in Solomontown on the outskirts of Port Pirie causing death to one man and injuries to two others.

Accordingly, the recent announcement by the State Government and the Adelaide City Council that they will collectively invest $12 million towards developing cyclist infrastructure within the Adelaide CBD is welcomed. The developments are said to include the installation of north north-south and east-west bikeways due for completion in 2019.

The benefits of this investment in our cyclist infrastructure are multi-faceted and include providing alternative sustainable transport options, benefits for our environment, and importantly improved safety for cyclists who are of the most vulnerable on our roads.

Cyclist safety: What can I do to prevent being involved in a cyclist accident?

With the State focus on developing our cyclist infrastructure, it is a timely reminder to cyclists to take all measures to ensure their safety, including wearing high-visibility clothing and protective gear – i.e. a helmet, being aware of other road users, have lights and reflectors fitted to your bike and observe the road rules at all times.

Injured in a cycling accident? Talk to leading lawyers about your entitlements.

What should I do if I have been injured in a cyclist accident?

Even when all precautions are taken, cyclists remain more vulnerable on the road and accidents can still happen. If you have been involved in a cycling accident, it is important that you seek medical treatment as needed and report your accident to the police as soon as possible. You can then lodge a claim for your personal injury by completing a Compulsory Third Party Injury Claim Form.

Am I entitled to compensation if I have been injured in a cyclist accident?

What you may receive compensation for will depend on your individual circumstances but may include pain and suffering, lost income, medical expenses and domestic assistance you have required. You may also make a claim against the driver’s insurance policy for the replacement/repair of damaged property which may include your bike, helmet, protective clothing etc.

If you have unfortunately sustained an injury it is important to seek legal advice about your compensation entitlements.

Often, the majority of your compensation relates to ‘future losses’ and is therefore difficult to calculate without assistance. Examples of losses you might sustain into the future include the cost of future medical treatment, the income you might lose into the future because of the injuries you sustained, and the costs associated with domestic assistance you may require.

For a free initial interview about your potential claim, contact your nearest TGB office.

Can a cyclist injured in an accident claim compensation?

“A Cyclist Ran Into Me, Can I Claim?”

TGB Partner Barney Gask discusses the legal options available for pedestrians who have been struck by a cyclist.