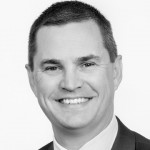 When we talk about injury compensation, we often forget about bicycle accidents. Collisions between cyclists and motor vehicles are common, except there’s much less protection for a person on a bike, so there’s always an increased chance of pain and injury. Many aren’t aware that cyclists have the same entitlements to compensation as drivers of motor vehicles on the road.

There doesn’t even necessarily need to be a collision to enable an injured cyclist to have a claim. There are often cases where a rider has been forced to take evasive action due to the negligent actions of a motor vehicle driver and still ended up with injuries. For example, a turning car might cut off a cyclist, or drive in a bike lane, or perform another dangerous manoeuvre on the road which forces the rider off their bike or into a collision with something else. These are common situations.

After the accident, it is critical to gather as much information as possible, and report it straight away. Get to the hospital, see a doctor or physiotherapist if necessary to ensure that there is record of the injuries and that another vehicle was involved. Some riders get into trouble because they don’t do anything about it immediately. As time passes, memories fade and it can become difficult to convince the insurer of any entitlement.

In most of these cases, the cyclist would be entitled to claim for damages if it can be proven that the driver of the motor vehicle was at fault. If the vehicle can be identified and is registered, then the insurer is Allianz. Occasionally there is the situation where the driver of a vehicle doesn’t realise that the rider has fallen, drives off, and identification is impossible. That doesn’t rule out a compensation claim, as the payer becomes the Nominal Defendant.

Of course, the rider must have sustained injuries. Changes to the CTP laws in South Australia mean it is now more difficult to claim compensation for pain and suffering and economic loss but at the very least the cyclist will be able to claim the cost of medical treatment and any income that has been lost as a result of not being able to work.

Injured in a cycling accident? Talk to leading compensation experts.

Separate to a cyclist’s injuries is damage to property. These days people are riding bikes worth up to $20,000, along with other expensive items such as iPod’s, GPS systems, sunglasses, helmets, sunglasses and clothing which is likely to sustain at least some damage in an accident. Many don’t realise they can be compensated for damage or the loss of these items.

Do as much as you can to be visible and take all necessary precautions such as displaying lights, wearing fluorescent clothing and protective gear. This offsets any claim by the insurer that the driver couldn’t see you and ensures that the full amount of damages is paid.

It can be difficult negotiating with insurers, but that’s the benefit of seeing a lawyer, who takes care of that for you. At the very least, it’s worth contacting a Tindall Gask Bentley lawyer for a chat about your situation, without any cost or obligation. We can ensure that you’re on the right track.

TGB is South Australia’s largest injury law firm. Contact us to arrange an free initial interview and find out if you have a claim.

Many cyclists injured in accidents don’t realise they could be entitled to compensation, writes Adelaide injury lawyer Barney Gask. When we talk about injury compensation, we often forget about bicycle...

Cyclist v motor vehicle crashes: What are we doing to fix it?

Many cyclists injured in accidents don’t realise they could be entitled to compensation, writes Adelaide injury lawyer Barney Gask. When we talk about injury compensation, we often forget about bicycle...