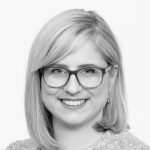 There has been a whirlwind of media over the past two years about the family law system and the need for reform. However, those who are not familiar with the system or savvy about the legal process are probably left asking themselves, what on earth is this all about? Well, I’m here to tell you that it is actually quite an interesting situation and one well worth following.

Over the years our family law court system has become slow because of the volume of matters that need to be heard. The system has also become considerably expensive and for those who have matters before the Court it can take years before finality is brought about. This takes a very heavy emotional and financial toll on those who seek resolution through the Court system. No doubt, change is needed!

As such, in March 2017 the Federal Government decided take action and announced the Australian Law Reform Commission (ALFC) family law system review. In case you were wondering, the ALRC is an independent Australian Government agency that provides recommendations for law reform to Government on issues referred to it by the Attorney-General of Australia. As part of the process of the review the legal profession was able to have an input. Finally, in April 2018 the ALFC released their review and it contained 60 recommendations for change. These changes were far reaching and provided for a dramatic change to the current system.

Moving forward to September / October 2019, the Government has not yet commented on the 60 reforms suggested by the ALRC. So we are still waiting to hear about that, however, the Senate (which is our upper house of parliament) has given the go-ahead to a parliamentary inquiry into Australia’s family law system. A parliamentary inquiry is when a parliamentary committee makes investigations and invites people and organisations to send in their opinions and proposals (submissions). As such, it is a way for the public to be heard on the matter.

One Nation leader Pauline Hanson is set to chair the committee. This has caused some uproar from anti-domestic violence groups due to some pointed comments made by Ms Hanson about women in the Family Court system making up claims about family violence in order to gain care of their children in family law matters. These comments have resulted in individuals such as Rosie Batty (anti domestic violence campaigner) suggesting that Ms Hanson may have an agenda for the inquiry and is biased. Further, Ms Batty raises the issue that an inquiry will further delay any action being taken to change the current system, as such she suggests that the inquiry is indeed a form of procrastination.

There is no doubt that the issue of family law reform is not only a ‘hot topic’ but an incredibly important one. The issue of reform matters greatly to all of us as what is happening now and how it may impact upon reform will affect the every day Australian family and their access to a safe, affordable, accessible and fair dispute resolution system.

There has been a whirlwind of media over the past two years about the family law system and the need for reform. However, those who are not familiar with the system or savvy about the legal process are...