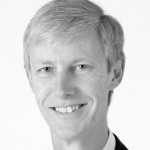 As a commercial landlord, there are strict rules around ending your lease arrangement with your lessee that you must abide by if you want to move them out in a timely manner.

Perhaps you have a new tenant lined up?

Or plans for the property that require your current lessee to move?

Whatever your intention as the landlord, if you don’t give your lessee enough notice, you could find they can legally stay a lot longer than you had hoped.

Landlords whose properties are subject to the Retail & Commercial Leases Act  should be aware of section 20J, which puts the onus on them to give notice of their intentions to the lessee at least six months before the end of the term.

If the landlord fails to do that, that then gives the lessee the right to give notice in writing to the lessor “requesting” an extension of the term.  If the lessee gives such a notice before the end of the term, the term is extended until the end of six months after the lessor gives the required notice, but during that period the lessee (but not the lessor) can terminate the lease by giving not less than one month’s notice.   The relevant periods are shortened if the term of the lease is less than 12 months.

Obviously a landlord who fails to give the required notice and enters into an agreement to lease with another lessee starting shortly after the expiry of the current lessee’s lease may find itself in breach of contract, unable to give possession to the new lessee at the time agreed.

If you need advice about the terms of your commercial lease agreement, or any other commercial matter, arrange to discuss your matter by registering your details here and our team will be in touch soon.