Get in touch with Philip

Philip Westover has practised in the Murray Bridge and Murraylands region in partnership with Jim Mason since 1984.  For much of that time Philip lived in Murray Bridge before moving to Adelaide with his family, and undertaking the daily commute to the Murraylands.

Philip was admitted in 1978 and shortly after that started his own legal firm practising in the Adelaide metropolitan area.

A short stint as in-house lawyer for a credit union followed, before the big move to Murray Bridge.

Philip already had a rural background, and this has been an asset to his clientsover the last 30 odd years.

Philip’s experience in the law has been broad, and in recent years has been focused on family law, commercial matters, Wills and some litigation including personal injury litigation.

Philip enjoys working with the firm’s clients in the Murraylands and being part of a team that delivers professional legal services to them.

He takes great satisfaction from being able to provide legal services to several generations of the one family.

Outside of the law Philip has been involved in community activities such as the Rotary Club of Murray Bridge of which he has been a president.

Philip has also been active in the affairs of the Law Society of South Australia, having been on council and executive and is presently the chair of the Country Lawyers Committee. 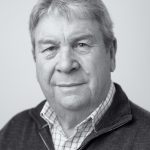