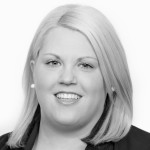 It’s the last chance to raise a family for many people, but what can you do if something goes wrong during your IVF treatment? Tindall Gask Bentley Associate Kara Bellenger explores a heartfelt issue.

For many people IVF is their last hope at raising a family. Some women have chosen to focus on their career only to find their biological clock ticking out of time. Others, tragically, discover a medical condition means they have little chance of conceiving naturally. With the rise in awareness of endocrine diseases like endometriosis and polycystic ovarian syndrome, falling pregnant naturally is near impossible for some.

This leaves couples with no other option but to choose the emotional, physical and financially-draining decision to undergo IVF treatment to conceive that precious baby.  But what then happens in the unfortunate circumstance that human-error by an employee of the fertility clinic causes the loss of an embryo and the possibility of a new life? Can you sue for compensation?

The initial stage of IVF is when the woman’s ovaries are stimulated via the use of hormonal injections to produce ovarian follicles. Once a time and date is set for follicular aspiration, otherwise known as the egg retrieval stage, a trigger injection of Human Chorionic Gonadotrophin (hCG) is administered to initiate follicle changes through the maturation of the eggs, which induces the ovulation process. The egg retrieval is generally performed within 36 hours following the trigger injection. An ultrasound-guided vaginal retrieval is then performed by an embryologist whereby follicular fluid, which contains the ovarian follicles, is then drained into a test tube and placed in a Petri dish. The number of eggs retrieved is determined by microscopic review of the dish by the embryologist.

The next stage is fertilization of the eggs whereby either the woman’s partner or donor produces semen and the motile semen is placed in the dish with the egg, which causes a culture period, which results in the eventual insemination of the egg. The embryologist then proceeds to inject each egg with a single sperm ready for the final stage of embryo transfer. While not all eggs are successfully fertilized, those that are deemed successful by the embryologist are then injected into the uterus. If there are several successful eggs then any unused eggs from the embryo transfer are then stored for cryopreservation for future use. Generally, a pregnancy test is performed 18 days post-egg collection to determine whether the IVF process has resulted in conception.

What can go wrong?

If a successfully-fertilized embryo, ready for the embryo transfer stage, is therefore dropped or damaged by the embryologist prior to the transfer you can potentially pursue two causes of action in both negligence and breach of contract against the fertility clinic, who can be vicariously liable for the actions of the embryologist as an employee of the clinic.

Additionally, the Civil Liability Act stipulates that to have a claim you need to prove you have suffered as a result of the fertility clinic’s negligence, and that your ability to lead a normal life was significantly impaired by the injury for at least seven days. This claim can be on the basis that you have suffered a recognizable psychiatric injury that arose from the negligent conduct of the embryologist, which caused the potential loss of the ability to conceive or it could just be the costs for further treatment if no psychiatric injury is suffered.

Our lawyers are among the most respected in the nation

The second potential cause of action is for a breach of contract. You would be arguing that you entered into a mutual agreement with the fertility clinic and that the specific reason for signing the contract was to successfully conceive a child through IVF. Also that by the embryologist losing or damaging an embryo during retrieval or transfer stage meant that the clinic breached the terms of the contract on the basis that you were unable to attempt to conceive a child due to human-error. Please note though, this would be subject to the terms and conditions stipulated within the signed agreement between you and the fertility clinic and the facts surrounding the alleged loss or damage.

Although it is true that mistakes do happen, when someone such as an embryologist is professing to perform a specific skill set and errors occur, the Courts are likely to find that the fertility clinic should be held legally responsible for ensuring that careful retrieval and transfer of a patients embryos is adhered to at all times. Compensation then can be available in these situations depending on the facts surrounding the negligent conduct and the damages suffered.

Tindall Gask Bentley Lawyers are experts in medical negligence, possessing the expertise and empathy to steer you through what is an emotionally turbulent time in your life. If you believe human error contributed to your failed IVF treatment you may be able to claim compensation. Call your nearest office to book an appointment today or register your details here and we will be in touch soon.

Who Owns an Embryo?

TGB's Virginia Bui discusses whether it is possible for one person to own an embryo given that an embryo is formed from two people.

It's the last chance to raise a family for many people, but what can you do if something goes wrong during your IVF treatment? Tindall Gask Bentley Associate Kara Bellenger explores a heartfelt issue. For...