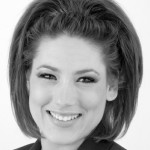 Update- due to the enactment of the Return to Work Scheme 2015 (SA) this blog may no longer be up to date, for more information please click here.

TGB’s Christie Tsoubarakis writes about what right a contractor has to claim Workcover compensation if injured on the job.

When a person thinks of a Workcover claim it is often in the context of an employee being injured during the course of their employment. But what if you’re engaged as a sub-contractor and you injure yourself at work?

To have an entitlement to a Workcover claim in South Australia a worker must have suffered an injury as a result of his or her employment. A ‘worker’ is defined as a person who carries out work under a contract of service (whether as an employee or not) and where a work relationship is formed in which one party is recognised as the employer and the other party as the worker.

Sub-contractors are self-employed and therefore cannot be considered a ‘worker’ under the Act. Having said that, the type of relationship is not necessarily determined by the label which the parties choose to put on it.

In most cases, despite being labelled as a sub-contractor, you are more likely to be a ‘worker’ if:

1.there is detailed control and direction/supervision over the manner in which the work is carried out;

2.you either work exclusively for the employer or are intended to be tied to that employer (as opposed to someone who is free to carry out work, particularly of the same kind, for others);

3.you are required to work regular, defined hours;

4.equipment, tools and material are provided by the employer;

5.wages are paid periodically rather than per job;

6.there was little or no ability to bargain or negotiate the terms of the contract;

7.you are told where and when the work is to be performed;

8.you are told what work is to be performed and how it is to be carried out; and

9.your work is being supervised.

Whether or not you are actually a ‘worker’ and a contract of service exists will depend on the facts of each case. The situation can be confusing and what is relevant is the intention of the parties regarding the nature of the relationship.  A party may sign a contract stating that he or she is not an employee but this will be given little weight in the wash up if the intention of the parties was to create a contract of employment.

If you’re a sub-contractor who has been injured at work and not sure whether you are entitled to a Workcover claim you should seek legal advice.

TGB is South Australia’s largest injury law firm. For a free initial interview about your claim, contact Christie on (08) 8212 1077. Update- due to the enactment of the Return to Work Scheme 2015 (SA) this blog may no longer be up to date, for more information please click here.   TGB's Christie Tsoubarakis writes about what...

Update- due to the enactment of the Return to Work Scheme 2015 (SA) this blog may no longer be up to date, for more information please click here.   TGB's Christie Tsoubarakis writes about what...