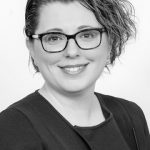 Now that marriage equality is here, the question on the minds of many couples who married overseas will be: “Is our marriage recognised?”

December 7, 2017, will be forever marked in Australian history as the date which the Australian Government finally passed legislation to legalise same sex marriage. Just a day later the same -ex marriage bill was made law.

For many the date is evokes feelings of joy and elation and reward for tireless efforts of many to campaign for a right many people have taken for granted.

But now that marriage equality is here, the question on the minds of many couples who married overseas will be: “Is our marriage recognised?”

The amendments to the Marriage Act now include provisions for foreign marriages to be recognised under Australian Law, regardless of whether a marriage took place prior to the laws being made.

Further to this, the amendments to the Marriage Act also recognise marriages that occurred in diplomatic or consulate offices in Australia.

So what happens in the event of a separation?

By recognising same sex marriages, the Family Law Courts will now have the power to dissolve those marriages by way of an Application for Divorce. Previously, foreign marriages for same sex couples were not recognised and therefore you were unable to get divorced.

The grounds for divorce remain the same. That is, a couple must show they have been separated for at least 12 months before an Application for Divorce is filed with the Court.

The application can be made by either party, or the parties can join together, to apply for a divorce. Where there are children under the age of eighteen, the Court needs to be satisfied that proper arrangements have been made for their care, welfare and development.

If the grounds for divorce are satisfied, the Court will grant a divorce. The Divorce will be deemed final one month after the date of hearing.

The effect of this meant couples had two years to negotiate a property settlement without leave of the Court.

The recognition of same-sex marriages now means a couple’s marriage will be recognised and the same provisions which had previously applied to heterosexual couples will now apply to same sex couples who were married.

Therefore, should a same-sex couple not apply for a divorce, then no time limit shall commence to negotiate a division of property.

The fight for marriage equality has been long and arduous, but the momentous passing of the legislation into law means thousands of LGBTQI Australians can marry, their love now equal in the eyes of the law, which is truly a cause for celebration.

Can a Same-Sex Partner Make an Inheritance Claim?

TGB Partner Mal Byrne on a homosexual person's rights to provision from their partner's Will.

My partner and I want to start a family. What parenting rights do same-sex couples have in WA?

December 7, 2017, will be forever marked in Australian history as the date which the Australian Government finally passed legislation to legalise same sex marriage. Just a day later the same -ex marriage...