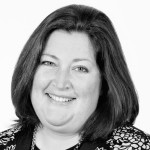 Parenting orders are sought when separated parents are in dispute about the future care arrangements for their children.

The dispute usually arises where the amount of time one parent offers to the other parent is either not enough or the pattern of time offered is impractical because he or she does not work a standard 9 to 5 work week; a common issue in industries such as emergency services, mining, medical/nursing and transport.

A recent decision by the Federal Magistrates Court (now known as the Federal Circuit Court of Australia) in the case of Lees [2012] FMCAfam 1074 dealt with circumstances where the father sought Orders in relation to time with the children to reflect his four days on four days off work roster.

The father asked the Court to put in place a pattern of care that took into account his roster and reflected the reality of when he was able to spend time with the children.

The mother sought that the children live with her and spend alternate weekends with the father.

The Court considered that although a routine which revolved around the children’s school hours may be ideal it was not practical in these circumstances and would not afford the children with the benefit of actual time with the father.

This case highlights that the Court will, in considering the needs of the children, be prepared to make Orders that reflect the individual circumstances of each matter rather than try to have a “one size fits all” response.

If you are separating and need advice about or are having difficulty in finalising care arrangements for your child/children you should seek assistance as early as possible with one of our family lawyers who are experienced in helping to resolve such disputes.

Tindall Gask Bentley is the largest family and divorce law firm in South Australia. To make an appointment, contact your nearest TGB office.

How to Choose the Best Family and Divorce Lawyer