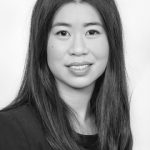 When it comes to property settlement there are some common misconceptions about legal rights and the Court process which can be the cause of unwarranted stress and confusion for people going through separation and divorce. Family Lawyer, Virginia Bui dispels five of those common misconceptions

When it comes to property settlement there are some common misconceptions about legal rights and the Court process which can be the cause of unwarranted stress and confusion for people going through separation and divorce.

1. Divorce and property settlement are the same thing.

Put simply, getting a divorce is simply the process of becoming unmarried.  The sole ground for divorce is Australia is 12 months separation.

When it comes to property settlement, there is a four step process which the Court will follow when determining such an application.  In summary, they are as set out in the decision of Omacini and Omacini (2005) FLC 93-218:-

1. To identify the assets and liabilities of the parties;

2. To consider the contribution of the parties, both financial and non-financial;

4. To consider whether or not the order proposed is ‘just and equitable’.

3. Why formalise your property settlement?

Furthermore, once leave is granted the usual approach for the Court is to take into account the value of assets at the time of the hearing.  That is irrespective of the time which has elapsed since separation, even if that is 20 years.  Obviously, there are valid arguments to be made regarding post separation contributions but there is no certainty as to how a Court may view the matter.

4. Can I apply for leave out of time?

The Court has the discretion to grant leave to a party to apply for property settlement out of time.

In the recent decision of Veggs & Riggs (No. 2) [2015] FamCA 911 Justice Watts granted leave to the husband who had instituted proceedings 20 years after the parties had separated.  Ultimately, the Judge held that the husband would suffer hardship if leave was not granted and the wife was not prejudiced by the delay in the proceedings.

In considering whether or not to grant leave out of time the Court considered the decision of Whitford (1979) FLC 90-612 wherein the Full Court said:-

As to when this discretion should be exercised the Court provided that consideration as to matters such as the length of the delay, the reasons for the delay and prejudice occasioned to the respondent by the reason of the delay, and the strength on the merits of the applicant’s case and the degree of the hardship which would be suffered unless leave were granted.

In summary, whether or not an application to apply for leave out of time will turn upon the facts of each case.

5. Superannuation is not an asset.

How superannuation is dealt with under the legislation is a complex matter given that there are many types of superannuation funds in existence such as accumulation funds, defined benefit schemes and self-managed superannuation funds.  They are all treated slightly differently and so it is imperative that legal advice be obtained when seeking to finalise property settlement matters.

How are Divorce Property Settlements Determined?