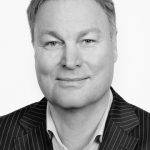 The High Court of Australia in the recent decision of Workpac v Rossato has confirmed that a “casual employee” is one which has no firm advance commitment as to the duration of their employment. Further that when assessing whether or not an employee is casual, paramount regard must be had to any contract of employment entered into by the employee and their employer. The High Court overturned the previous Full Federal Court decision which ruled that as Mr Rossato had a regular roster (which was set 12 months in advance) that was enough to find that he was not a casual employee despite his various employment contracts containing provisions which clearly indicated that he was.

This decision accords with the amendments to the Fair Work Act 2009 made by the Federal Government in March this year when they included (for the first time) a definition of “casual employee”. This definition provides that if an employer makes an offer of employment on the basis of no firm advance commitment to continuing and indefinite work according to an agreed pattern of work and that offer is accepted, then essentially that person will be a casual employee.

What does this mean for employers of casuals? It is now extremely important that when offering casual employment to someone that it be done with an appropriately worded offer or contract of employment otherwise they may not, at a later date be classified as a casual employee.

As an employer it is often helpful to seek legal advice and assistance with drafting contracts of employment, more so following this decision.