Following a series of changes to the Northern Territory's Return to Work Act there is now "deemed" acceptance of claims for Post Traumatic Stress Disorder ('PTSD') for frontline emergency workers (first responders). 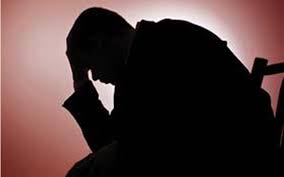 Following a series of changes to the Northern Territory’s Return to Work Act there is now “deemed” acceptance of claims for Post Traumatic Stress Disorder (‘PTSD’) for frontline emergency workers (first responders).

What are the changes?

Diseases that are accepted as arising out of particular types of employment are described as being “deemed”. As an example, lung cancer is deemed to have arisen out of work involving exposure to certain chemicals and materials such as arsenic, asbestos, tobacco smoke, silica dust and more.

Schedule 2 of the Return to Work Regulations lists PTSD as a prescribed disease and deems that condition as having arisen out of “all work as a first responder, including as a volunteer, but not including a person who has not attended in person at an emergency situation or incident.” Making PTSD a deemed disease by law will support access to early and effective treatment for first responders who develop PTSD, while limiting further trauma that may arise by having to prove that the PTSD was caused by their employment.

On the face of it, the change will allow a first responder to have deemed acceptance of their PTSD. For first responders, this effectively means that the onus shifts from them to their employer, if they wish to dispute that the disease was contracted during the course of their employment.

So, are the changes all they’re cracked up to be?

But does it mean all PTSD claims by emergency response personnel will have their claims accepted? In my view the answer is no.  The proposed amendments define “first responder” as:

“a person (such as a paramedic, police officer, firefighter or other emergency personnel), who attends the site of an incident and provides assistance in situations:

This definition is somewhat problematic. It appears to limit deemed acceptance to injuries resulting ONLY from attendance at a critical incident where there is risk of injury to person AND there is risk to the attending personnel AND time is of the essence. If read literally, the provision might require all three criteria to be met. Whilst the definition encapsulates some of the work of emergency response personnel it does not cover all duties.

By way of example, the definition would potentially not allow for inclusion of PTSD arising as a result of any of the following, due to there being arguably no risk to the first responder, or time being of the essence to save lives or property:

There are, no doubt, many other examples that may not meet the relevant criteria.

The amendment also fails to address the fact that PTSD, particularly when suffered by frontline emergency personnel, is often caused by exposure to a variety of traumas throughout a long career. Some of those traumas might fit into the first responder criteria and some might not. It is often very difficult for treating psychiatrists to attribute the cause of PTSD to one traumatic event over another, especially when those events are historical. How will the new legislation work in those situations?

Finally, it is important to note that the amendment will only cover claims for PTSD and not other psychological injuries. Often a psychiatrist will assert that although an injured worker has symptoms of PTSD, they do not meet the criteria for such a formal diagnosis. When this occurs, injured workers are often given an alternative diagnosis such as a Major Depressive Disorder or Adjustment Disorder. Any first responder with that diagnosis would not receive the benefit of a deemed acceptance of their claim.

Ultimately, I believe it will be some time before the Work Health Court considers such arguments and provides a definitive answer as to how the new legislation will be interpreted.

Whilst at first glance the amendments are supportive, they do not go as far as they should. They take one step in the right direction but many further steps will be needed.

Following a series of changes to the Northern Territory's Return to Work Act there is now "deemed" acceptance of claims for Post Traumatic Stress Disorder ('PTSD') for frontline emergency workers (first...

Following a series of changes to the Northern Territory's Return to Work Act there is now "deemed" acceptance of claims for Post Traumatic Stress Disorder ('PTSD') for frontline emergency workers (first...