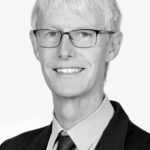 If you are buying or selling land then you are involved in a “conveyancing” exercise, which recently became significantly more complex when the Lands Titles Office (LTO) introduced its “Verification of Identity Policy”, writes TGB's Giles Kahl.

If you are buying or selling land then you are involved in a “conveyancing” exercise, which recently became significantly more complex when the Lands Titles Office (LTO) introduced its “Verification of Identity Policy”, writes TGB’s Giles Kahl.

Prior to that, the signature of a party to, e.g. the “memorandum of transfer” – the document lodged at the LTO to have the registration of ownership formally changed – could be witnessed by any adult person willing to say that they know that party.  Transfers were frequently posted out for signature by a lawyer or conveyancer, and as long as the witnessing details (including telephone no.) appeared to be in order when the document returned, generally no questions were asked.  LTO staff did occasionally spot check by telephoning the witness, but this was rare.  This did leave some scope for fraud, and in the last couple of years there have been a few instances of property being transferred without the knowledge of the owner (particularly in Western Australia – from to scams originating in Africa).  Those instances, together with the proposed introduction of “electronic conveyancing” next year, have prompted the LTO to create a new and detailed policy regulating signature and witnessing of certain types of documents.

The policy puts the onus on lawyers and conveyancers in most instances to certify that their client, whose signature they have witnessed, is the person whose name appears on the document.  It creates a “standard” of verification procedure, and says that if that standard is met, the lawyer or conveyancer has complied with the policy – but if it is not, or cannot be, met, the lawyer or conveyancer is at risk if there is subsequently a dispute about the identity of the person who signed.  So lawyers and conveyancers will try to meet that standard wherever possible, and will be very cautious about certifying a document when it cannot be met.

That may all sound pretty simple – but it’s not.  The Policy document is 16 pages long.  It provides different sets of requirements depending on whether a party is represented by a lawyer/conveyancer or not, whether they are in SA, interstate or overseas, and whether they are an Australian Citizen or not.  Various types of identification documents can be used depending on the circumstances (it’s not just the “100 point test” used by banks etc – it’s much less flexible than that), but if the party can’t provide the minimum requirements (which is not uncommon, particularly for, by example, elderly migrants) then someone else must attend an interview to verify their identity, produce their own identification documents, and sign a statutory declaration.  Things become even trickier for parties in country locations – although a lawyer or conveyancer may us an agent to do the VOI in many instances, if the lawyer or the nearest agent is not near the party, the only way to meet the standard is for the party to travel a long distance to the agent or lawyer.

It seems that lawyers and conveyancers now have to have some (new) special skills as well – we are advised to check the “shape of his or her mouth, nose, eyes and the position of his or her cheek bones”.  So if your lawyer or conveyancer appears to be “checking you out” … well don’t jump to conclusions, it may prove embarrassing.

It might well be said that the complexity and demands of the Policy are out of proportion to the problem which they are designed to address.  Given that fraud of this kind has affected a negligible proportion of transactions, and it will inevitably increase the cost of every transaction significantly (lawyers and conveyancers can’t afford to spend the extra time complying with this policy and keeping the required records without making some charge for it) the net result is clearly an increase in expense for the community.  Please remember however – this was not introduced at the request of lawyers or conveyancers!

For legal advice about your property matter, contact Giles at TGB’s Adelaide office or register for an appointment online.

If you are buying or selling land then you are involved in a “conveyancing” exercise, which recently became significantly more complex when the Lands Titles Office (LTO) introduced its “Verification...

If you are buying or selling land then you are involved in a “conveyancing” exercise, which recently became significantly more complex when the Lands Titles Office (LTO) introduced its “Verification...