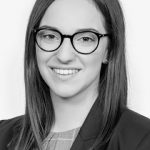 As a family lawyer, my interest was spiked when Netflix dropped the 2019 divorce drama, Marriage Story, directed by Noah Baumbach and starring Adam Driver and Scarlett Johansson. I recently watched the film, which follows the American couple Charlie, a New York City director, and Nicole, an actress from Los Angeles, through their separation and divorce and I was interested by the differences and similarities in how separation and divorce are dealt with in the US versus Australia.

The first notable difference is the timeframe in which divorce proceedings can be initiated. In Marriage Story, Nicole was able to file for divorce reasonably quickly, whereas in Australia you must be separated for at least 12 months before you are eligible to apply for a divorce (although you can still do a property settlement within that period).

This leads me to the second, and probably the biggest difference, which is that the USA deals with divorce and property settlement as a package deal, whereas in Australia these are two totally separate processes.

In Marriage Story, we see Nicole serve the divorce papers on Charlie and the dreaded legal battle then ensues. They and their lawyers head to a settlement conference and then to Court, where all their dirty laundry is aired as they discuss care arrangements for their son, Henry, and how their property will be divided. At the end of the process, they are legally divorced and have Orders about how who gets what and how Henry’s time will be divided between homes.

In Australia, what usually happens is that parties will look to settle all financial matters first (by agreement or through litigation) and then apply for a divorce. It can be done the other way around, but divorced couples need to keep in mind that the Court then imposes a limitation period of 12 months from the date of divorce in which proceedings for a property settlement can be initiated. There is no time limit in relation to children’s matters, so these can be dealt with at any stage before or after a divorce.

Another issue we see in Marriage Story is which jurisdiction the divorce dispute should be heard in – Nicole files proceedings in Los Angeles but Charlie maintains it is a New York matter. This simply would not be an issue in Australia, as we have a federal system. This means that regardless of which state you or your ex may be living in, your family law matter will be dealt with under a uniform set of laws. The exception to this is that Western Australia does have its own Family Court, with very similar but slightly different rules.

Watching Marriage Story, I did also notice a number of similarities in the issues between Charlie and Nicole and the issues I see in my day-to-day practice of family law. Some of these include:

The main dispute between Charlie and Nicole in Marriage Story as it relates to Henry is which city he should live in – Los Angeles with mum versus New York with dad. As Charlie tells his lawyer that they have to win, his lawyer tells him “Remember, the win is what’s best for Henry”, which perfectly encapsulates the Australian law that the paramount consideration in all parenting disputes must be the children’s best interests.

Shortly after separation, Charlie receives a MacArthur Fellowship Grant he intends put towards his new theatre show, but he was surprised to learn that Nicole could lay claim to it. This would be no different under Australian law and in determining a property settlement Courts are required to consider each party’s assets at the time of trial rather than at separation, despite that this is often a number of years later.

A large part of determining a property settlement is examining each party’s contributions, including all direct and indirect financial and non‑financial contributions. It is commonly assumed that financial contributions outweigh the non-financial, but this is not the case. Contributions as homemaker and parent and, in Nicole’s case, unpaid work in a family business, are all relevant and equally important as being the primary breadwinner.

Towards the end of Marriage Story and after quite a bit of drama, Charlie and Nicole wanted to maintain an amicable relationship for the benefit of Henry and regretted the nastiness of their divorce, which they had initially hoped to settle without lawyers. An amicable relationship is always encouraged, particularly when children are involved, and if you are able to reach agreement with your ex without the assistance of lawyers, then you have done the bulk of the hard work yourself. However you must not forget the final step, which is making sure your agreement is fair and, importantly, to turn it into a legally binding settlement. A family lawyer will be able to assist you with this.

As a family lawyer, my interest was spiked when Netflix dropped the 2019 divorce drama, Marriage Story, directed by Noah Baumbach and starring Adam Driver and Scarlett Johansson. I recently watched the...