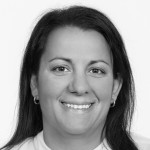 Marriage isn’t only about love – there is a big legal aspect to it as well. TGB partner Rosemary Caruso explains the everyday impact of same-sex marriage for couples.

On December 7 2017 the Federal Government finally legalised same-sex marriage and the legislation commenced the following day.

Now that marriage equality is here, what other laws are going to effect you and your spouse?

You Have Already Married Overseas

However, this means that you must urgently consider your estate planning including your Will and your superannuation nominations.

Marriage revokes a Will unless it is made in contemplation of the marriage.

If you already have a will, it is unlikely that it included what we call an “in contemplation of marriage” clause which ordinarily “saves” the will from being revoked, because at the time that you signed your Will the law did not allow same sex marriage.  Even if your Will contained this clause, there is a question on what date your marriage became legal.  It is therefore our advice that every same-sex couple that is already married reviews their Wills and at the very least arranges to re-sign it.

If you are a TGB Will client we won’t charge same sex couples to re-sign their Wills (provided there are no other changes to their Wills).

You are planning to get married

If you are now planning to get married, then before you do so make sure you have your estate planning in order.

If you already have a Will in place while in your relationship, then you need to be aware that your marriage will revoke that Will.

You can now make a Will before you marry and make it “in contemplation” to avoid it be revoked when you marry.

If you are a TGB Will client, we won’t be charging our same-sex couples to re-sign their Wills with an “in contemplation of marriage” clause (provided there are no other changes to their Wills).

If you are already married or are considering marriage, we would strongly recommend that you review your superannuation nominations regardless of whether they are binding or non-binding.

Marriage equality is a cause for celebration, its inception prompting an outpouring of love (and marriage proposals) across Australia. But you need to remember the legal issues that arise from marriage and seek legal advice to make sure your circumstances are as you would like them to be. TIndall Gask Bentley Lawyers has SA’s largest wills & estates team as well as offices in Perth, Darwin and Brisbane. Book an appointment with us here today or register your details here and we’ll be in touch soon.

A Comprehensive Guide to Divorce and Separation

Our family law team has written this all inclusive guide to separation and divorce, outlining all the details you need to know.