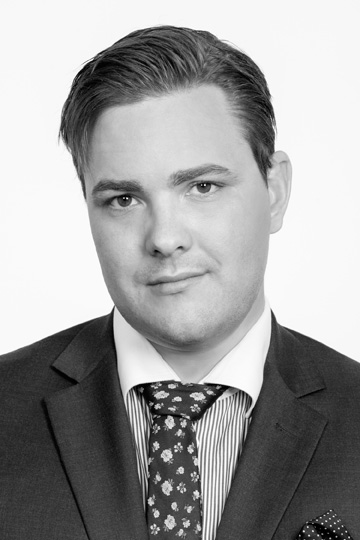 Get in touch with Samuel

Samuel Joyce is a highly skilled lawyer and advocate who specialises in administrative, criminal and workplace law. He primarily acts for public servants, health practitioners and associations and clubs, but accepts clients from all areas of life.

Samuel can assists with all aspects of your professional life. He has a particular specialisation in the ICAC, SA Ombudsman and Coronial jurisdictions, including Judicial Review of administrative decisions from those and other bodies. For health professionals, Samuel is also specialised in your interactions with the Australian Health Practitioners Regulation Agency (AHPRA) and can assist in all aspects of your registration, including discipline. He is available to consult on internal procedures, particularly with respect to how your business deals with integrity bodies such as the ICAC, and for Opinion work.

Prior to joining TGB Samuel was an Associate to a Supreme Court Judge in Perth and a State Prosecutor at the Office of the Director of Public Prosecutions for Western Australia, where he prosecuted serious crime on behalf of the State of WA. He appeared as prosecuting counsel in the Magistrates, District and Supreme Courts, including prosecuting jury trials and making the State’s submissions on sentencing. He teaches Criminal Law at the Adelaide Law School and  accepts criminal law clients at TGB and has acted in several significant cases.

Samuel holds a Bachelor of Arts, Bachelor of Commerce and Bachelor of Laws with Honours from the University of Adelaide and a Master of Laws from the University of Sydney. Originally from Adelaide, he lived in Perth for a number of years and returned to Adelaide in 2016 to take up his position at TGB. He accepts clients in our Perth office, and has clients across Australia, but particularly enjoys practicing out of TGB’s Mt Barker Office where he can. He lives in the Adelaide Hills with his dog and is a member of the Chairman’s Circle of the Adelaide Festival of Arts. He accepts clients everywhere.

my areas of expertise

Proposed changes to South Australia’s ICAC Act pose an intolerable risk to the community, writes TGB senior associate Samuel Joyce, who argues there is an “unhealthy deference” to the current Commissioner. Read the full column for InDaily.com.au here.