If you are summonsed to give evidence in the Coroners Court, Royal Commission, Corruption and Crime Commission, or to ICAC you are entitled to seek advice from a legal practitioner. As findings may be detrimental to a person’s standing, reputation and employment it is wise to seek advice before appearing as a witness.

Tindall Gask Bentley has been involved in representing many clients in many Coronial Inquiries and we are well positioned to assist clients in this area of the law.

Should you be summonsed to give evidence in a Coronial Inquiry you should consider seeking advice from the experienced lawyers who practise in this area at Tindall Gask Bentley.

Similarly, you may be summonsed to give evidence before a Royal Commission. Royal Commissions are set up from time to time by governments to investigate significant issues or events.

As with a Coronial Inquest, findings by a Royal Commission may have an impact on your standing, reputation and employment, and in the same way it is prudent to seek advice from a legal practitioner.

Experienced lawyers at Tindall Gask Bentley have had experience representing clients before a Royal Commission.  You ought consider getting advice from us if circumstances lead to you being summonsed to give evidence before the Royal Commission.

Both South Australia and the Northern Territory have an Office of the Independent Commissioner Against Corruption (ICAC), and the Corruption and Crime Commission (CCC) has been established in Western Australia for many years.  These bodies undertake specialist investigations with a focus on government corruption. Given our extensive experience in acting for members of police unions, Correctional Services employees and other Public Sector agencies, we are ideally suited to give advice to any person who may be subject to investigation carried out by the ICAC or CCC.  Similarly, we are also well suited to represent clients should they be required to give evidence before the ICAC or CCC.

Given the serious ramifications of being involved in such an investigation or being compelled to give evidence, you ought to consider seeking advice and representation from our experienced lawyers.

Have you been summonsed?

It is wise to get legal advice before you appear.

Proposed changes to South Australia’s ICAC Act pose an intolerable risk to the community, writes TGB senior associate Samuel Joyce, who argues there is an “unhealthy deference” to the current Commissioner.

Guide: What to Do if You’re Called Before a Royal Commission

Criminal lawyer Samuel Joyce's detailed guide covers the key issues you'll face if you're called to give evidence at a Royal Commission. 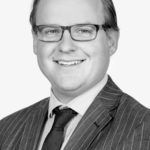