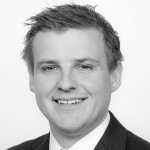 Driving offences are the most common form of criminal charges before the Courts. The majority of those offences can be dealt with in the Magistrates Court and the more serious are dealt with in superior Courts such as the District Court.

Some of the typical charges before the Courts are Driving with the Prescribed Concentration of Alcohol (ie. drink driving), drug driving, or driving without due care (ie. inattention).

Another offence that will land a driver before the Court is driving whilst their licence is suspended or disqualified.

A licence can be disqualified by order of the Court, for example, a driver convicted of the earlier mentioned offences will have their licence subject to disqualification by Court order.

A licence can also be suspended by the Motor Vehicles Registrar, either in the case of non-payment of fines or exceeding demerit points, or by Police who have the power in certain circumstances to impose an immediate suspension of a driver’s licence.

Regardless of whether your licence is disqualified or suspended, it has the effect of being cancelled. Therefore a driver is not carrying a valid licence and if they drive in those circumstances they are committing a criminal offence which can be punishable by a term of imprisonment.

The Courts and Police regard this type of offending as extremely serious, particularly in the case where a driver has a previous conviction for the same offence or if it is considered ‘contumacious offending’ – that is, a situation where a driver knows their licence is disqualified or suspended but still chooses to drive regardless. In the case of a first offence the penalty can be up to 6 months imprisonment, and in the case of a subsequent offence up to 2 years imprisonment.

Whatever the situation, a charge of driving with a licence subject to disqualification or suspension can have implications on your job, your family and your life. When that is at stake it is important to seek legal advice.

For advice from a traffic law specialist, contact your nearest TGB office.

I Might Lose My Drivers Licence, What If I Need It For Work?